I’ve been there myself, it’s rough. You may have heard that there is no cure for hangover, or only time can cure hangover. Total bullshit. Nobody feels sorry if you’re hungover, but you can relieve almost all symptoms if you follow this guideline well.

If you got a hangover then let’s skip the intro and get straight to the point. Here are 19 effective ways to cure a hangover.

Replenish Yourself With These Nutrients

Alcohol depletes magnesium from your body. Magnesium is a relaxant so it may help with the tension and anxiety associated with hangover.

Alcohol depletes vitamin B1 and replenishing it seems to be helpful. Best taken while drinking, but better late than never.

Most Effective Ways to Cure Hangover

400mg of ornithine decreased various hangover symptoms, such as anger, hostility, fatigue, and anxiety. It also significantly increased sleep duration [R]. You can try taking more than 400 mg if you want to.

Shilajit was found to decrease alcohol withdrawal induced anxiety in mice [R]. Alcohol induced anxiety is pretty tricky to tackle, and not many consumables can do it without causing further harm and negative effects. So this is a good arsenal to have on your shelf.

In the same study as Shilajit, Ashwagandha was assessed [R] Shilajit and Ashwagandha, together or alone, may effectively decrease alcohol withdrawal induced anxiety.

NMDA receptor antagonist that blocks the uptake of the excitatory neurotransmitter glutamate. Alcohol causes acute GABA depletion so that would equate to having too much glutamate, so memantine can be helpful.

I suggest that you drink a lot of water and take in some minerals. Putting some salt in the water is a good idea. Squeeze some lemon in your water if you got them. This is probably the easiest and most important thing to do in the case of a hangover.

This one helps with nausea and the mental aspect of a hangover. Ginger tea, spice, and oil works well, but freshly sliced or boiled ginger is probably the best.

This can alleviate headache and nausea, most often accompanied with hangovers. Peppermint tea is most widely available and cheap. Peppermint oil can be ingested at your discretion.

Play video games, watch shows, or eat tasty foods. Distracting yourself will make time passing a lot easier. I recommend that you do something that you can focus on, rather than multitasking.

The active compound in garlic, S-allyl-cysteine neutralizes alcohol’s byproduct, acetaldehyde. Acetaldehyde is 30 times more toxic than alcohol, so this has a good use.

Cysteine is an amino acid that breaks down toxins and aids in releasing them. Similar idea to eating garlic in terms of neutralizing acetaldehyde. You can eat eggs or take supplements.

This may help with the nausea and fluid retention. ACV is also known to be energy boosting. Worth a try if you have it in your kitchen.

Do it if You Must…

It’s not a healthy way of dampening hangover, but do it if you  must. Just make sure to keep hydrating, as caffeine is a diuretic.

If you have some life obligations like working or studying while you have a hangover then this is a good choice. It should get you going in that slump of low energy. This takes a huge toll on the body so rest well afterwards.

Every drug has their withdrawals. Tapering off slowly rather than quitting cold turkey makes it physically and psychologically tolerable. I wouldn’t do this if you regularly get intoxicated or have built tolerance to alcohol. You may just turn onto the highway of alcohol abuse with this one. 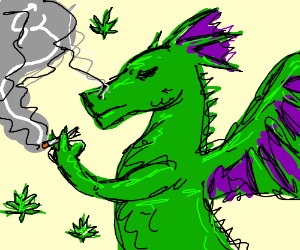 Weed is known for easing pain, whether it’s physical or psychological. This one has a huge potential. It only masks the hangover symptoms, but it’s a only temporary thing so why not? Many of my friends done it with great success. I advise against it if you’re prone to cannabis induced psychosis.

Phenibut is a GABA agonist that has similar effects to benzodiazepines. Low to medium dose of phenibut has a high potential in ameliorating some hangover symptoms, mostly anxiety. Don’t take it while you’re drinking because you will get drunk quicker and the hangover symptoms will be greatly exasperated.

For 1 – 13, combine them as much as you like, according to severity of symptoms and how much you can afford. After #14, use them only if you need to.

The best bet is to prevent hangover altogether. Read this guideline to learn how.

If you find yourself having more than 6 drinks per week average and are concerned about alcohol abuse, read this post to learn ways to curve addiction and improve impulse control.

Comments? Questions? Errors? Type in the comment section below.